Who Is Looking Out For You, Arizona? Part 1 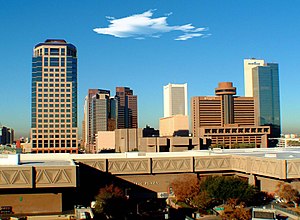 According to Judge Brian Tulley, Arizona Medical Board (AMB) “intake specialist and investigator”, Lorraine Brown is a liar! Ms. Brown made false statements at an “emergency hearing” that had, ostensibly, been called to protect the public from a “dangerous physician”, Eli Hammer, MD, on July 13, 2007 (Dishonesty). Incredibly, this hearing was, supposedly, not tape recorded while almost every other AMB meeting and/or hearing is recorded. That was just one small miss-step of many by the mighty AMB clerical and executive staff.

Subsequently, at the formal hearing before Judge Brian Tulley, the AMB interim executive director, Amanda Diehl, testified that she does not read emergency summary suspension orders prior to signing them (immediately revoking a physicians’ medical license without due process!). This tool is only to be used in cases where there is a threat of imminent harm to the public should the physician in question be allowed to continue practicing medicine. The interim executive director repeatedly testified that there were “processes in place” that ensured that such emergency orders were ready for execution once they arrived at her desk and that there was no reason for her to read them! (Ineptitude) Imagine that the CEO of a major company, or the president of the USA would sign orders that carry such great weight and consequences (immediately terminating a doctor’s livelihood; in this case a 15-year-plus physician with a spotless record, as well as a wife and five minor children to support). Given the current national uproar concerning our Senators and Congressmen’s failure to read important bills before voting on them, and of our president and his cabinet members failing to read Arizonas’ recent immigration law before publicly condemning it, this concern seems quite timely.

About the time that the AMB began their pursuit of Dr. Hammer, Dr. Peter Normann was building his cosmetic surgery practice in Anthem, a suburb on the northern edges of the Phoenix metropolitan area. Dr. Normann, who was trained only in Internal Medicine, was performing his surgeries in a small, unlicensed “facility” that was within his own street-front medical offices. Dr. Normann had not completed any formal surgery residency training, but he was able to market himself up to have a fairly busy cosmetic surgical practice. Then two patients died because of complications related to surgery at Dr. Normanns’ unsafe little office “operating room”. The AMB investigated Dr. Normann and found that he had allowed untrained staff to assist in surgery and to perform portions of his patients’ surgical procedures! Dr. Normann allowed one employee, who was a former restaurant owner, to assist him in 20-25 surgical procedures and reportedly allowed another employee, who was a licensed massage therapist, to also perform surgery and to give anesthesia! The AMB, indeed, stood tall on this one! They stipulated to a consent agreement, on May 3, 2007, with Dr. Normann “for practice restriction prohibiting him from performing office procedures or surgeries using conscious sedation until further order of the board” (basically saying ‘please don’t do it again, or we’re really going to do something!’ After two deaths, this was the best that the AMB could do?). Careful review of available records and facts shows that the AMB did nothing else, despite the FACT that two Arizona citizens had died at Dr. Normanns’ office undergoing unsafe surgery in a dangerous, unregulated, and unlicensed surgical facility!

Interestingly enough, 2-3 days after the AMB wrongly suspended Dr. Hammers’ medical license, two of their investigative staff made an unannounced visit to Dr. Hammers’ offices so that they could be sure that he was not “practicing medicine without a license!” Dr. Hammer practices “Age Management Medicine”, so he was not much of a “threat to the people of the state of Arizona.” Nonetheless, the crack AMB staff, likely directed by their conscientious superiors showed up, in force, to surprise Dr. Hammer just in case he was violating their seemingly illegal and fraudulently ordered suspension of his Arizona medical license! At almost the exact same time, Dr. Hammers’ medical license was reinstated by order of the Maricopa County Superior Court via injunction so; Dr. Hammer had the pleasure of throwing these two morons (the AMB investigators) out of his office. All of this occurred during the month of July, 2007, just about the same time that Dr. Normann was still practicing under the AMB stipulation mentioned above.

Well, Dr. Normann did basically comply with the AMB orders that he not perform surgery in his office any more. But he had to deal with the problem of patients who still wanted to have their surgery (and the concern of trying to keep the monies that they had already paid him!). Dr. Normann hired a Homeopathic physician to do surgery on all of his patients (homeopaths are neither trained in nor qualified to do major surgery of any kind). Predictably, another patient died after surgery at Dr. Normanns’ office shortly thereafter. It is notable that all of these deaths occurred in cases where Propofol was used in combination with other drugs. Propofol is the drug that Michael Jackson had received just prior to his death and should never be used without proper monitoring equipment and/or by any physician not specially trained in anesthesia! There is absolutely no record of any site visits, announced or unannounced, by the AMB staff, NONE! It appears that there were no visits to Dr. Normanns’ surgical “facility” by anybody from the AMB between the May 3, 2007 stipulation and the next death on July 9, 2007. That’s right, the AMB apparently ignored the site of two patient deaths and, thereby, missed their opportunity to “protect the citizens of the state of Arizona” (their supposed mission statement) from this butcher, whom many now call a murderer!

Vicki Johansen, AMB medical investigator, and Tucson Plastic Surgeon Edward Eades, MD (the AMB’s “expert” consultant) testified at the long overdue summary suspension hearing, with executive director Timothy Miller, JD present, on July 10, 2007 (Ineptitude). Where was Dr. Eades until then? What part of these failures belongs to Dr. Eades? Why has Dr. Eades not been held accountable?

Read the continuation of this article in Who Is Looking Out For You Arizona? Part 2

*Results may vary. These results are not guaranteed.